What Is Natural Language Processing?

Natural language processing forms the foundation of many everyday technologies that we use today. Here’s a brief overview.

Chances are you’ve encountered natural language processing, or NLP, at some point. The automated voice on the phone when you call your bank relies on it. So do personal assistants such as Siri, translators like Google Translate, and language editing platforms such as Grammarly.

So, what is natural language processing?

Natural language processing touches on a few areas of expertise. It involves linguistics, computer science, and artificial intelligence, or machine learning. Its end goal is to teach computers how to dissect, understand, and organize natural language.

The fact is, humans don’t come into being with an automatic grasp of natural language, and computers don’t either. We both have to learn it, although we learn it in very different ways. Immersion, practice, and time are how humans learn language. Natural language processing is how computers learn it.

Once you get to that point, however, NLP has a lot of useful applications. They include language translation (“How do you say this in Italian?”), speech-to-text (transcription), and text-to-speech (“Read this aloud to me.”). They also include spelling and grammatical error detection (detecting errors and recommending replacements) and sentiment analysis (determining whether something is positive or negative).

To say that NLP is complex is an understatement of epic proportions. Human language is essentially infinite, with myriad different ways of expressing meaning. It’s subtle too, with seemingly insignificant differences yielding entirely different outcomes.

And computers have to understand the language you use without a common frame of reference or context (i.e., a life lived as a human being). That’s an important point. It means you can’t just throw a bunch of language data at a computer and expect the computer to make sense of it.

While machine learning is a helpful tool, complete reliance on it leads to inaccurate natural language processing. It means mis-identifying parts of speech, such as confusing nouns for verbs or verbs for modifiers. These mistakes are relatively minor, but they do undermine the computer’s ability to perform whatever application it’s working on.

Natural language processing requires a human hand. First, someone has to manage the data set a model trains on. (The results generated by a model are only as good as the data it processes.) And, second, someone has to train the model and write bespoke rules by hand wherever necessary. 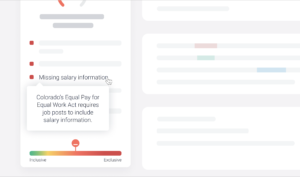 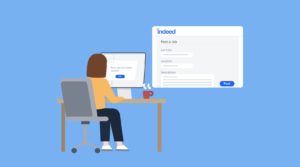 How Candidate Job Satisfaction Depends on Your Job Post

How Candidate Job Satisfaction Depends on Your Job Post

What Candidate Experience Says About Your Hiring Process

What Is the Proportion of Organic Candidates Metric?